That's right... Vegan Mofo is coming. And this will be my first year participating! For those of you unaware: this is the Vegan Month of Food, during which time the Post Punk Kitchen calls upon its loyal followers to blog nearly daily about delicoius vegan recipes, revelations, discoveries, disasters, musings, and tips. I hope I can keep it up... the PPK recommends posting 20 times for the month of October instead of shooting for the potentially unreachable goal of every day. So that's what I'll do. :) Let me start by announcing: I have reliable, excellent, consistent internets, which will make MoFo much easier (for posting and for catching up on the billion other blogs I follow!).

This post starts with a joyous event which took place last weekend - Olivia's wedding! She and Justin had a beautiful outside ceremony and hosted a fantastic feast! I was assigned the duty of wedding coordinator, so I did not have the time or foresight to plan on taking pictures of the food, but here is a lovely photo of the exchanging of rings: 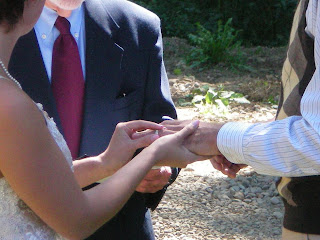 All of the food served was vegan and home cooked! Parents of both parties took on some serious jobs to prepare everything for the big day... 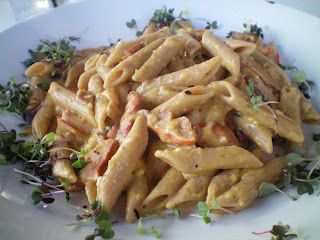 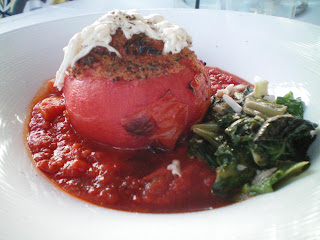 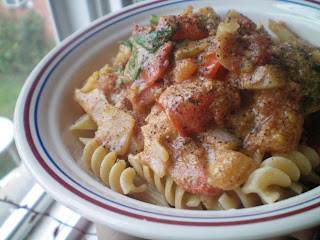 This pasta dish has been a staple in my kitchen since I (accidentally) created it. It only takes 15 minutes to prepare and has been a god-send to my lazy ass after a looooooooong day at work. And it is to freakin' die for. Here's my lame attempt to put it into recipe form! 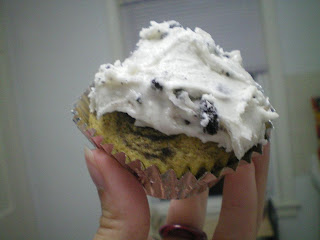 Mmm. And for dessert? VCTOTW Basic Cupcakes with a shortening-free "buttercream" frosting with crushed Oreos. I made these on a whim and they were pretty tasty! Not in the mood for cupcakes (you crazy person)? 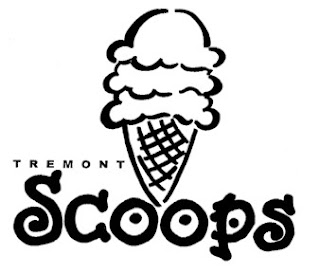 Then how about vegan ice cream treats?! That's where Tremont Scoops comes in, the only ice cream parlor in NE Ohio, that I know of, which serves vegan alternatives to some of those favorite childhood frozen desserts. Just look at their menu!! 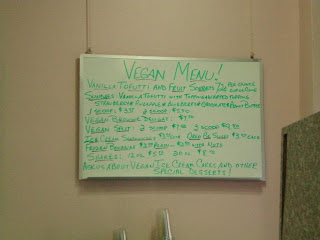 My buddy, Manda (an omni), and I made the 45 minute trip up to the parlor one lazy Saturday afternoon and were quite impressed with their vegan selections. The only vegan flavor they have is Tofutti Vanilla, but cripes, they sure did find a number of different ways to use it! 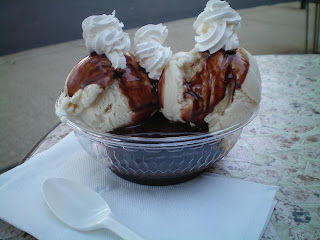 I chose the Vegan Brownie Delight. The brownie itself was... meh. The ice cream was... Tofutti. But the experience? The opportunity? That, my friend, was heartwarming. It's been so long since I've been to a DQ, so I was happy to revisit this summer treat, the cruelty-free way.

I'll see you all next week for Vegan Mofo!! :D