Hello, all! I'm posting from Bali, Indonesia, at the Blissed Out Retreat. An all vegan, all women, all health-conscious weeklong event held in the hills of Bali, near Ubud. It's been an amazing first day... here was my reward for my lengthy travels - check out this view: 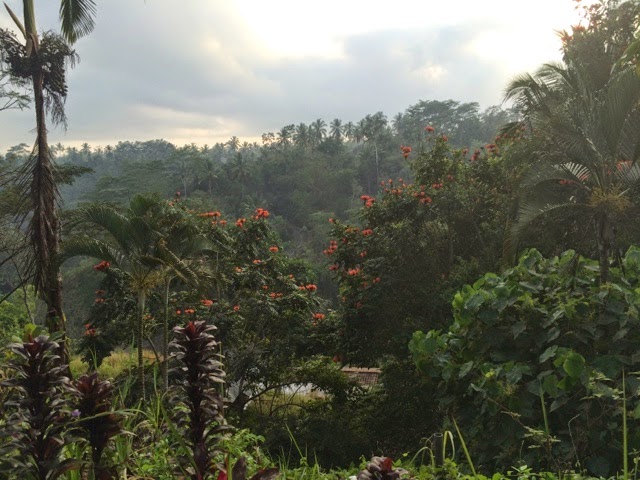 The Alam Sari Keliki Resort is tranquil and beyond gorgeous with its hilly backdrop, warm & humid temperatures, and kind staff. Day One has been a relaxing experience, but let's talk about international travel as a vegan.
My second connection was from Chicago to Tokyo and I lucked upon a shop serving some cold vegan entrees, such as this Vegan Buffalo Tofu. 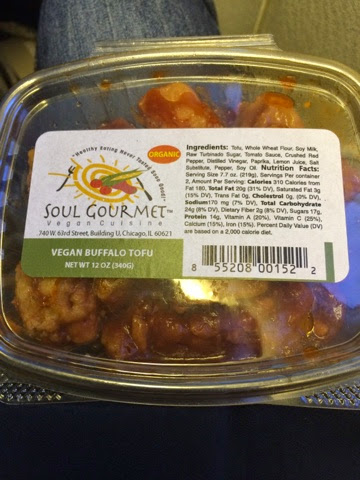 Unsure what the veg offerings on my 13 hour flight would be, I was eager to have something with staying power as a meal option. Luckily, my vegetarian meals on the plane were almost entirely vegan! I flew ANA and was very pleased with the services on board. 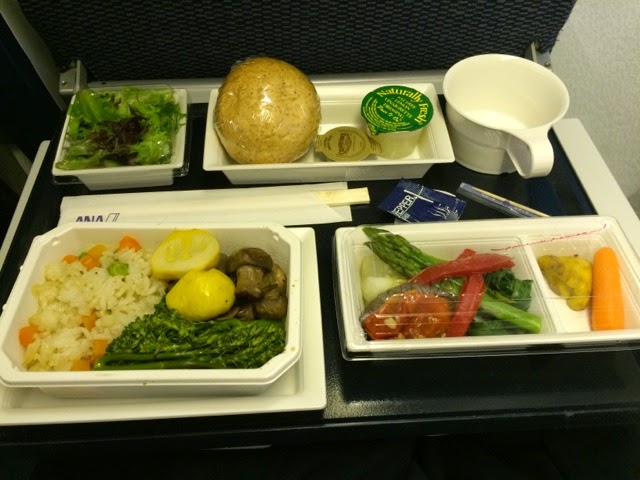 Dinner with an array of veggies, including asparagus, broccolini, eggplant, squash, mushrooms, a single carrot... It had a bit of everything! 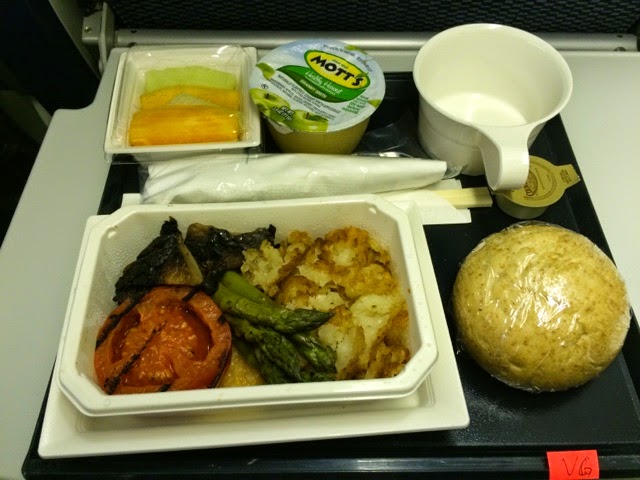 Breakfast was similar, but with fruit. (I didn't eat the rolls in either meal - not sure of the ingredients).
I had a 14 hour layover in Tokyo, overnight, and chose to stay at the Nine Hours capsule hotel located at the airport. 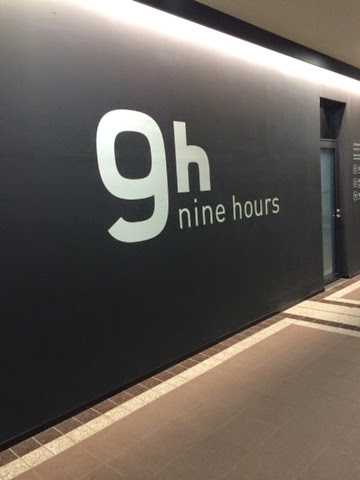 This place was so cool! $55 USD for an overnight stay which included access to showers and your own sleeping pod. 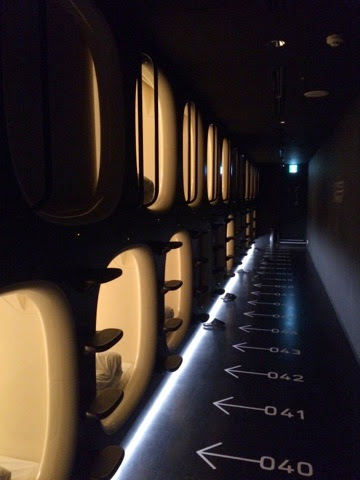 It was just what I needed, without any extra frills, to carry me through to my next flight. 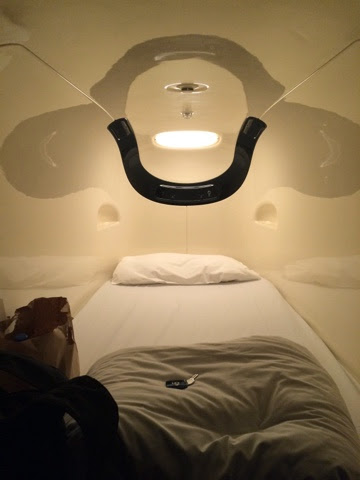 Narita Airport had limited vegan selections, but I was able to locate a decent, snack-sized breakfast - including an iced soy latte! 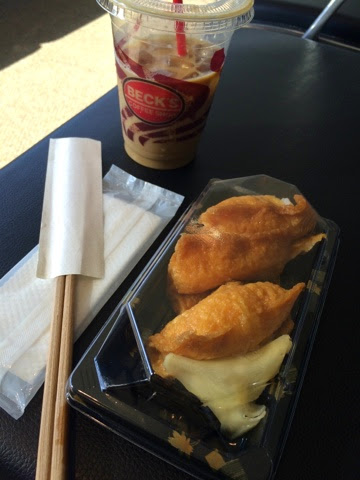 Landing in Denpasar was next, after another lengthy flight, and getting through immigration and customs took about 2 hours... Luckily, the resort had sent a driver and I didn't have to use my fried traveler's brain too much.
My late evening arrival at Alam Sari was accompanied by welcomes from some of the other 15 retreat guests, including Christy and Lori (the masterminds!), who showed me to the last of the dinner buffet before I shuffled off to bed.
Stay tuned for a recap of Day One!